What makes the United States a great country is the fact that we are a land of laws, and that every lawyer is a defender of our Constitution and laws. Our court system was designed primarily to allow free citizens to argue in a courtroom instead of in the streets with weapons. While lawyers for the most part defend all Americans from ourselves, something very different has happened in the past 50 years that is quite disturbing in our political landscape, and it has to do when lawyers run the country. 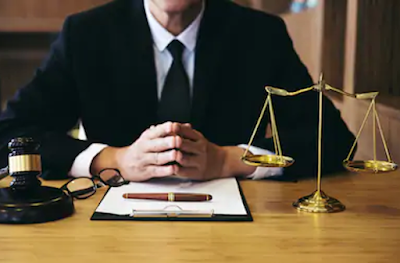 The Republican Party is different. President Trump is a businessman. President Bush 1 and 2 were businessmen. Vice President Cheney was a businessman. President Reagan was an actor. President Eisenhower was a 5 star General. The leaders of the Republican Revolution: Newt Gingrich was a history professor. Tom Delay was an exterminator. Dick Armey was an economist. Ex-House Minority Leader John Boehner was a plastics manufacturer. The former Senate Majority Leader Bill Frist is a heart surgeon. Who was the last Republican president who was a lawyer? Gerald Ford, who left office 31 years ago and who barely won the Republican nomination as a sitting president, running against actor Ronald Reagan in 1976. The Republican Party is made up of ordinary people doing real work, who are often the targets of lawyers.

This is very interesting. I never thought about it this way.

The Democrat Party is made up of lawyers. Democrats mock and scorn men who create wealth, like Trump, Bush, and Cheney, or who heal the sick like Frist, or who immerse themselves in history like Gingrich. The Lawyers Party sees these sorts of people, who provide goods and services that people want, as the enemies of America. And, so, in the eyes of the Lawyers Party, we have seen the procession of official enemies grow. Against whom do Hillary and Obama rail? Pharmaceutical companies, oil companies, hospitals, manufacturers, fast food restaurant chains, large retail businesses, bankers, and anyone producing anything of value in our nation. This is the natural consequence of viewing everything through the eyes of lawyers. Lawyers solve problems by successfully representing their clients, in this case the American people. Lawyers seek to have new laws passed, they seek to win lawsuits, they press appellate courts to overturn precedent, and lawyers always parse language to favor their side.

Confined to the narrow practice of law, that is fine. But it is an awful way to govern a great nation. When politicians, as lawyers, begin to view some Americans as clients and other Americans as opposing parties, then the role of the legal system in our life becomes all-consuming. Some Americans become adverse parties of our very government. We are not all litigants in some vast social class-action suit. We are citizens of a republic that promises us a great deal of freedom from laws, from courts, and from lawyers.

Today, we are drowning in laws; we are contorted by judicial decisions; we are driven to distraction by omnipresent lawyers in all parts of our once private lives. America has a place for laws and lawyers, but that place is modest and reasonable, not vast and unchecked. When the most important decision for our next president is whom he will appoint to the Supreme Court, the role of lawyers and the law in America is too big. When House Democrats sue America in order to hamstring our efforts to learn what our enemies are planning to do to us, then the role of litigation in America has become crushing.

The United States has 5% of the world's population and 66% of the world's lawyers! Tort (Legal) reform legislation has been introduced in congress several times in the last several years to limit punitive damages in ridiculous lawsuits such as spilling hot coffee on yourself and suing the establishment that sold it to you and also to limit punitive damages in huge medical malpractice lawsuits. This legislation has continually been blocked from even being voted on by the Democrat Party. When you see that 97% of the political contributions from the American Trial Lawyers Association go to the Democrat Party, then you realize who is responsible for our medical and product costs being so high.