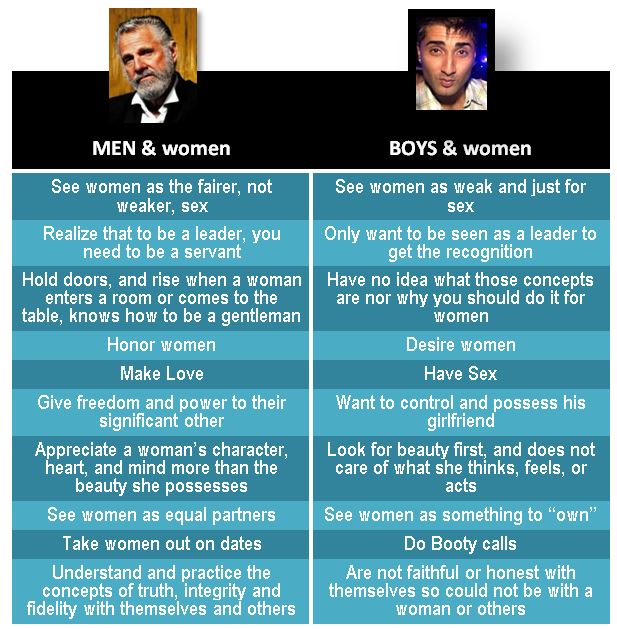 Men: See women as the fairer, not weaker, sex

Boys: See women as weak and just for sex
Men: Realize that to be a leader, you need to be a servant
Boys: Only want to be seen as a leader to get the recognition
Men: Hold doors, and rise when a woman enters a room or comes to the table, knows how to be a gentleman
Boys: Have no idea what those concepts are nor why you should do it for women
Men: Honor women
Boys: Desire women
Men: Make Love
Boys: Have Sex
Men: Give freedom and power to their significant other
Boys: Want to control and possess his girlfriend
Men: Appreciate a woman’s character, heart, and mind more than the beauty she possesses
Boys: Look for beauty first, and does not care of what she thinks, feels, or acts
Men: See women as equal partners
Boys: See women as something to “own”
Men: Take women out on dates
Boys: Do Booty calls
Men: Understand and practice the concepts of truth, integrity and fidelity with themselves and others
Boys: Are not faithful or honest with themselves so could not be with a woman or others