Don't be a Diva 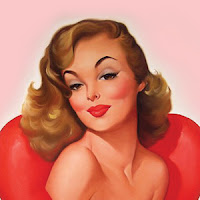 When a diva receives something they feel entitled to, something expected, a thing they believe they have earned, it is not worth much (like candy on Halloween). And when they do not receive it, they are furious.  Furious in a way that is both irrational and unfounded.

Worthiness, on the other hand, is an essential part of receiving anything. (think of the difference of a participation award versus actually winning something, say the World Series). When you have worked hard to achieve a goal, you know the value of the toil, not so much from the success, but from the many failures that lead to the success.

When a diva feels unworthy, or insecure, any kind response, positive feedback or reward feels like a trick, a scam, the luck of the draw. They cannot appreciate a thing as genuine or earnest because they feel like it is charity. It is hardly worth anything, because they decided in advance, before they got the feedback, that they are not worthy.

Both entitlement and unworthiness are the twin narratives that make divas bitter, encourage them to be ungenerous, and keep them stuck. Yes, men and women can be divas..bottom line: Don't be a Diva!