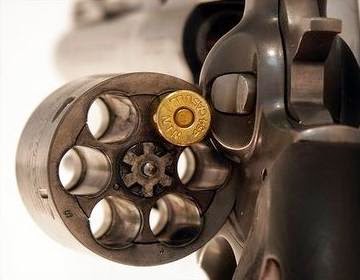 Sometimes in business we like to think that certain tactics we developed in one industry can translate over into another, but as is often the case they do not.  Yes, you always have to look out for strategies that might move from one industry to another, but sometimes these "conversions" can end up with unintended consequences as this short story illustrates.

On the last day of his visit, the Russian ambassador said, "As your stay is coming to an end, it's time for you to play our traditional game, Russian roulette. One of the six chambers of this gun is loaded - you spin the cylinder, point the gun at your head, and pull the trigger."

This phased the African slightly, but he was a proud man of a warrior people, and to show fear would be unthinkable. Both men took their guns, spun, and pulled the triggers.

Both chambers were empty, and both ambassadors breathed a sigh of relief.

The African ambassador was impressed with the courageous game, and thought hard about the subject before the Russian Ambassador was due to visit his country the next year.

When the visit came, the African ambassador treated the Russian with all hospitality, until the final day of his stay. Leading him to a private room in the palace, the African ambassador spoke, "Now, time for you to sample our game, African roulette". He then led the Russian into the room, the only occupants of which were six stunning and naked women.

The African ambassador said, "These women are the most beautiful members of one of our tribes. Any one of them will give you a oral sex - take your pick."

The Russian was not entirely averse to this idea, but he couldn't see the connection with Russian Roulette. He said, "Well, ok, great, but where's the roulette part? Where's the danger?"

With a big grin on his face, the African ambassador answered:"One of them is a cannibal."