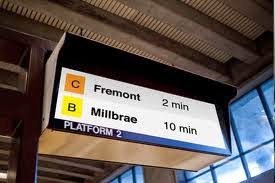 Have you ever noticed that some people show up EXACTLY on time, like the cavalry, and others are habitually late?  Be it in business or your private life, the way you conduct yourself concerning other people's time is often tantamount to your success.  Here is an article by John W. Wheat describing what it means to be punctual.

Punctuality is the characteristic of being able to complete a required task or fulfill an obligation before or at a previously designated time. "Punctual" is often used synonymously with "on time."

According to each culture, there is often an understanding about what is considered an acceptable degree of punctuality. Usually, a small amount of lateness is acceptable; this is commonly about ten or fifteen minutes in Western cultures. In some cultures, such as Japanese society, or in the military there basically is no allowance.

Some cultures have an unspoken understanding that actual deadlines are different from stated deadlines; for example, it may be understood in a particular culture that people will turn up an hour later than advertised. In this case, since everyone understands that a 9am meeting will actually start around 10am, no one is inconvenienced when everyone turns up at 10am.

In cultures which value punctuality, being late is tantamount to showing disrespect for another's time and may be considered insulting. In such cases, punctuality may be enforced by social penalties, for example by excluding low-status latecomers from meetings entirely. Such considerations can lead on to considering the value of punctuality in econometrics and to considering the effects of non-punctuality on others in queuing theory.

Punctuality, time value and queuing theory
In many situations the requirement for punctuality is asymmetric. For example, in a doctor's clinic or airport, customers are expected to turn up on time for their appointment or lose it, yet may be kept waiting for an unspecified time before they can see the doctor or board the plane. This can be regarded as an assessment of the relative value of the provider's time and that of the customer, the exact value of which can be determined by a combination of queuing theory and game theory.
If the relative value was different, it would be easy to reduce waiting times by providing extra planes or doctors, and under-utilizing them, at the cost of increasing the price of travel or medical treatment proportionately. This can be seen in the behavior of the wealthy, who can afford to hire private planes and have doctors who visit them, rather than vice versa, and in the extreme case of the ultra-rich, to have their own personal physicians and dedicated private planes and flight crews who wait on their needs exclusively.
This expression of punctuality as a relative valuation of personal time value may be the reason for the description, often attributed to Louis XVIII, of punctuality as "the politeness of kings".

Copied from an article on Wikepedia by The Free Dictionary by Farlex. This article is distributed under the terms of GNU Free Document License.

“Punctuality” is clearly an important trait or behavior that is highly regarded in all cultures, with the possible exception of those cultures which place a higher priority on the “flow” of personalities and ideas rather than living life on a stopwatch. The important issue is to show respect for the people who are participating in a meeting rather than disrupting the purposes of the meeting by being hyper-conscious about the issue of whether a participant is “exactly” punctual or is within some allowable variance of the meeting time. The author of this essay has been practicing law for over 37 years and has made many appearances in all variety of State and Federal Courts during the course of those 37+years. The Judges in all of these different courts have only rarely disrupted the flow of the many hearings and matters before the court simply due to the fact that an attorney or participant is a bit late. Virtually all people, being human beings, are somewhat flawed in their ability to uniformly appear on time. Hence, my experience is that a person in charge of a court or meeting is not going to either interrupt the flow of the human interactions or disrespect any person for very minor tardiness. Nonetheless, a person should develop a pattern of behavior that puts them in the right place at the right time, if not somewhat early. By doing so, they demonstrate respect for the other participants in the meeting, including the leader. When, in the final analysis, one balances the relative merits of punctuality, active and meaningful interaction between the participants, and overt demonstrations of mutual respect, one has to place punctuality as the least of these goals of any meeting. Nonetheless, all participants should be punctual lest the group interaction is disrupted and the more important purposes are compromised.

Proverb: You should be on time for all your business appointments.

My conclusion is that one should be on time for all ones designated meeting times in order to show respect. This concept applies to business, social and even casual appointments. The singular exception is where one qualifies the expectation that one is going to be punctual, and, in some cases, that one may not be able to appear at all.