The Power of 'AND' 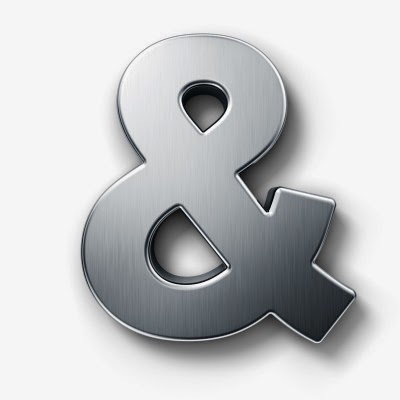 I have been fortunate to be helping two startups over the past few months. I think both of these startups have a great chance because they are combining two disparate things into a new service or product. One thing that I have noticed about successful companies (both startups and giants), is that those which tend to be successful employ the “Power of ‘AND’.” This means they take traditionally mutually exclusive characteristics and then combine them into a new and novel way.

Examples include Southwest Airlines (low cost fares with on-time, high quality service), Wal-Mart (low prices with large selection), and Apple (high technology with high styling) to name a few. That is not to say that companies that do not use the 'power of and' are not successful, it just seems like the odds for success tend to tilt towards people and companies who can pull this feat off.

Ronald Reagan was able to combine a forceful, “hawkish” leadership, with the everyman personal touch. So much so that he was framed as the “Great Communicator.”

George W. Bush’s team understood this when he came out with the “Compassionate Conservative.” He was saying that he was trying to open the tent to everyone. Now, saying one thing and doing another will get you an approval rating in the high 20’s, so be sure you walk the talk. But still, if you can pull it off, look at how you can combine things like:

You may ask is there any imperial evidence that the 'power of and' can help me or my company? Well, in Richard Tanner Pascale’s Managing on the Edge, a study was conducted involving 43 highlighted companies in the book In Search of Excellence five years after the original research was conducted. Pascale discovered that 14 companies retained their “Excellent” rating while 29 did not. His conclusion to the key factor that distinguished the 14 from the 29 was that they managed the 'power of and' better in what he called “managing contention.” In Built to Last, Jim Collins and Jerry Porras call it “The Genius of the ‘AND’.” Use of the 'power of and' existed in 18 “Silver” companies that outperformed the stock market from 1926 to 1990 by a factor of 2, and in 18 “Gold” companies that outperformed the stock market during that same period by a factor of 15! In Collins’ next book, Good to Great, elements common to all of the 11 selected companies are described in terms of the “AND” they manage either explicitly or intuitively.

So the Power of AND can not only help you create a better product or service but a more profitable future as well. The question is...how can you harness that power for yourself and those you work with?

Anonymous said…
Product and/or technical differentiation is clearly an enabling factor in the success or not of a start-up (or past start-up) company. Interestingly, just this evening one of my management team and I discussed the fact that despite the passage of time, we still had a perceived advantage in both of our technology clusters. What is our "and" factor? I'm not sure, but the nature of technology transfer is taking a technology from one market or area and applying it to another...T2 is also the leveraging of R&D and turning it into a new product. So, I guess in that light, our "and" lies in the federal laboratory origins of our technologies and the unique management approach we've taken to bring the effort to its current state.

Profit Prophet said…
You actually might be AHEAD of your time. Look for my next blog on "timeliness" to market (not time to market).

Anonymous said…
I've been told that one of my greatest strengths is also one of my weaknesses. If an entrepreneur has vision that is too early, then the entrepreneur either has to outlast the waiting period (for the market to catch up), or die on the vine for lack of funding and credibility.
September 26, 2008 at 12:09 PM