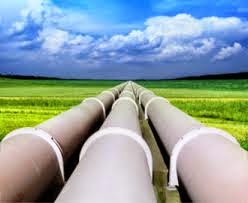 Marketing is mostly about perception, and that perception, good or bad, is developed by the quality of a product, the company’s innovation, price and ability to serve its clientele. So when all things are considered equal quality, pricing, workmanship, etc. , a company’s image is enhanced essentially by how it treats its customers. Nordstrom’s is renowned for its customer service, often going far beyond expectations. A friend of mine reminded me recently about a scene in the movie Mr. Mom where Teri Garr proposed a give back from the tuna fish company. Yes, that was fictional Hollywood. Still, image a CEO of a large American oil company getting on TV and saying that 'we understand that America is hurting, and we have just recorded record profits, and to show our gratitude, we would like to rebate our loyal credit card customers who have been with us throughout the years with a 10% rebate?' Yes, this may cost a few hundred million dollars in cost, but as they say “the goodwill would be priceless.” In one fell swoop you would achieve numerous things. First, the public would no longer vilify your company. Second, you would get a Wow factor as being the first to really try and offset the huge cost increases in gas. You would also been seen as the most innovated company around, but coming up with a solution that government cannot do. And most importantly, your company would be perceived as really caring for the customer. Most big oil companies hope to move the market share needle a few percentage points, but image being able to more it 10% to 15% in one week? It might be perceived as a gimmick, but it would not be risky. Why? First off, the amount of free attention, publicity and ink would more than off the expected cost. The news cycles would keep your company front and center for weeks. You would be on the cover of over 25% of all business magazines. This 'event' would be talked about for years after as the “Great Rebate!” Secondly, you will get new customers. Gasoline is a commodity. All things being equal, a motorist will look at your company as really caring about them and when comparing apples to apples, will choose the company that they perceives help them. Lastly, in the herd, you are now the lead steer. Other companies will now have to follow you, and followers never get the same attention as leaders. As I often say, differentiate or die.” Here is a easy way to differentiate. Market is about dream and desire fulfillment. Just image the impossible dream?