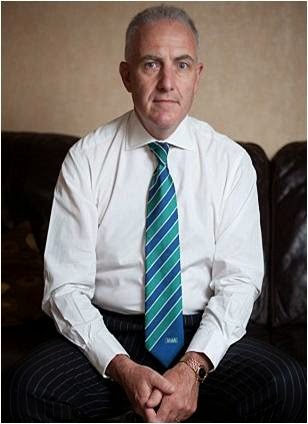 Once, I was asked to help an existing company recruit some sales help by their VP of Sales and Marketing. They needed someone who could grow a new software product they were developing, and who had both a technical expertise and business savvy about them. We had narrowed down the field to two people. One guy was in his forties, and had a 15-year track record of substantial sales and marketing experience and success. He actually was an electrical engineer, who during his career had migrated into sales and marketing. He understood the product perfectly, and both the VP and I felt that he would be an excellent fit. He was driven, self-assured, personable, and hungry.

The other candidate had just graduated from a pretty prestigious MBA B-School program, but did not have any direct selling experience. He did know all the latest buzzwords and jargon, and was very knowledgeable on all the latest strategies in selling. I felt that while this guy was personable and knowledgeable, he did not really have any real sales experience and would not be able to carry the load of this new position.  He 'knew' a lot, but he did not yet prove he could do a lot.

Needless to say, the CEO of the company was more impressed about this guy's pedigree than actually what he could do for the company, and the guy with knowledge but no know-how was hired. Fast-forward 1 year. The guy they hired was an absolute disaster. He could not and did not sell anywhere close to the quota he established. The other guy went on to help another startup grow to $25 million in sales in the SAME time period! Why did this happen? The company that ended up hiring the wrong guy eventually went out of business and was backed by some pretty prominent investors.

So, if you where in that position what would you do? But first, let me ask the question another way and in a different scenario: baseball.  If you have bases loaded, two out, one-run down, in the bottom of the 9th; who would you rather have in the batter’s box, a guy who is a perennial all-star, has 10-years of major league experience, has been an MVP a few times, and is hitting .330? Or someone who knows everything about the game of baseball, every statistic or every player, and the odds of any player hitting off any pitcher; but who has never seen a 90 mph pitch? Simple, yes! Everyone will answer that question correctly, but the majority of people hiring someone for a sales or marketing or engineering job will not. You cannot substitute know-how for knowledge when you need real execution. Most people are afraid to hire a person who knows how to get things done. Instead, they often think they are taking the 'safe bet' and hiring someone from a prestigious school.  That is why as companies grow, they usually grow worse.

As the saying goes, “I would rather surround myself with a few very talented people, than with a plethora of mediocre ones.”  Even though what someone has done in the past is no indication of what they can do in the future, it is better to know that a person has the know-how than not.